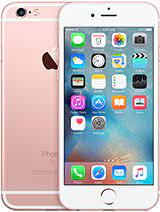 Apple iPhone 6 Plus Specifications and Price in Kenya

Catching up with the large-screen rage, this larger sibling of the iPhone 6 comes with a full HD retina display that offers great visuals, the latest version of iOS and a powerful processor.The camera quality has also been enhanced. A nicely curved body with anodised aluminum casing gives it a premium look. The new iPhone 6 Plus is a phablet for people who value perfection.

Display and design
The Apple iPhone 6 Plus is a phablet featuring a 5.5-inch retina display that flaunts a full HD resolution and a pixel density of ~401ppi. The display offers a full sRGB colour gamut and features an ion-strengthened cover glass. The new iPhone is encased in an anodised aluminium unibody frame with a black bezel on the front. Despite the large display, it is quite thin at just 7.1mm.
OS and Tech
An upgraded version of the A7 processor called A8 has been used which is built on a 64-bit architecture. Integrating this chip, the iPhone 6 Plus provides 25% faster performance and 50% faster graphics. According to Apple, the new chip is 13% smaller than the previous generation chip. The iPhone 6 Plus runs iOS 8 that include a new technology called Apple Pay, which lets you make secure, one-touch payments via NFC and TouchID. Apple integrates the M8 motion co-processor that captures data from various sensors, including the accelerometer, compass, gyroscope, and the barometer.
Multimedia and Entertainment
Apple incorporates an 8MP iSight rear camera in the iPhone 6 Plus. The camera comes with f/2.2 aperture and a range of cool features including a new Focus Pixels technology that enables faster autofocus. Other features of the camera include improved noise reduction, better representation of skin tones, and the ability to record slo-mo videos at 240fps. The camera is also equipped with optical stabilisation to prevent blurry photos. In addition, the iPhone 6 Plus also brings a better front-facing 1.2MP FaceTime camera with a larger f/2.2 aperture, and new features like burst mode and HDR video.
The Apple iPhone 6 Plus comes in three storage variants:16GB, 64GB and 128GB.
Battery and connectivity
For connectivity, Apple iPhone 6 Plus offers GPS, GLONASS, NFC and Bluetooth. It also features support for Wi-Fi 802.11ac and voice-over LTE. The iPhone 6 packs a sealed battery that can deliver a talk time of up to 24 hours on 3G and standby time up to 384 hours in one full charge.