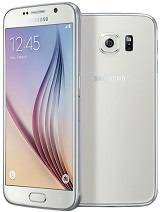 Beware ofVerdictThe Samsung Galaxy S6 represents a new range of smartphones from the leading Android giant in order to stay atop. It runs on the latest Android 5.0 L platform and boasts of 64-bit processor and beastly 3GB RAM. It also has the cameras to woo any photo freak. It shows off a new metallic design which is a treat to watch and hold. Recently launched Samsung Galaxy S7, the next flagship from Samsung under 50K.
Redefining the world of smartphonesDisplay and Design
The Samsung Galaxy S6 impresses from the start with a gorgeous 5.1-inch Super AMOLED display with Quad HD resolution (1,440 x 2,560 pixels) leading to a pixel density of 577ppi. The screen has been designed to offer pristine image quality with utmost quality and richness. It is reported to have a weight of 138g and carries an extremely slim profile at just 6.8mm. Constructed from a single piece of aluminium, the Samsung Galaxy S6 features Gorilla Glass 4 at the back.
Processor and OS
This new smartphone comes loaded with 64-bit Exynos 7420 chipset, which houses four cores clocked at 2.1GHz to handle heavy-duty tasks, and four cores at 1.5GHz for a power-efficient operation. The smartphone dons a 3GB DDR4 RAM so that you can enjoy ultra fast response while running multiple powerful applications simultaneously.
Camera and Storage
The Samsung Galaxy S6 impresses shutterbugs with its high quality 16MP rear camera with support for optical image stabilization. With a 5MP front camera and suitable selfie based sensors, the smartphone is here to win the hearts of youngsters. It comes in different internal storage capacities such as 32GB, 64GB and 128GB with no option to expand.
Battery and Connectivity
To fuel this beastly smartphone, there is a non-removable Li-Po battery of 2,550mAh. The Samsung Galaxy S6 poses latest connectivity options like NFC, 4G (selected markets), 3G, Wi-Fi, USB port, Bluetooth v4.0 and GPS/AGPS.