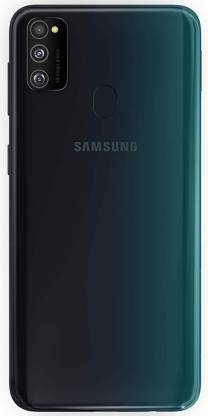 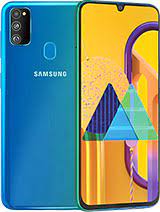 Samsung Galaxy M30s comes with a mid-range price-tag and bring some amazing features. It has a strong processor that can deal with any sort of high-end performance. There is an amazing set of triple rear camera that clicks awesome pictures while the front camera also gets a high-resolution lens. Considering the battery backup, it has a huge capacity that can easily last for a day. It also has fast charging support. Overall the smartphone is amazing with an affordable price tag.

Enhanced performance
Display and Camera
The Samsung Galaxy M30s flaunts a 6.4-inch Super AMOLED display that gets a waterdrop screen and an amazing aspect ratio with great screen-to-body ratio. The 6.4-inch display gets a 1,080 x 2,340 pixels resolution and a 403 PPI pixel density.
In terms of optics, the smartphone has 48MP, 8MP and 5MP lenses, which can click awesome pictures. It is one of the best devices for photo freaks. The front camera has a 16MP lens that captures crystal clear selfie pictures.
Battery and Storage
The smartphone has a Li-ion battery with a huge capacity of 6,000mAh capacity that can last for more than a day with moderate use. It also has a Fast Charging technology, which can refill the battery in a very short time.
The storage of the smartphone has 64GB internal space, which is decent for the price. Although it could have feature more amount, the expandable memory option is present that can stretch the space up to 512GB on the expense of a microSD card.
Configuration and Connectivity
In terms of internal hardware, the smartphone feature Samsung Exynos 9 Octa 9611 chip, which has an octa-core processor setup having two quad-core processors with 2.3GHz and 1.7GHz clock speed respectively. It has 4GB RAM that gives amazing speed without any lag. There is a Mali-G72 MP3 GPU that renders graphics of the device. In terms of connectivity, it supports 4G VoLTE, Bluetooth, Mobile Hotspot, GPS, USB Type-C, etc.