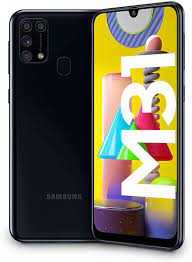 Verdict
Samsung Galaxy M31s is a mid-range offering from one of the most trusted brands. It has a good set of cameras that can keep the users indulged in capturing pictures. In terms of performance, it can provide good processing speed without lagging issues. It is also blessed with high battery capacity and fast charging technology.
Worthful device
Display and Camera
Samsung Galaxy M31s comes with a 6.4-inch Super AMOLED display, which gets a waterdrop style notch over the bezel-less screen. It has a screen resolution of 1,080 x 2,340 pixels along with a pixel density of 403 PPI. It can offer a great viewing experience over the spacious screen.
In terms of optics, the smartphone has been provided with a 64MP + 12MP + 5MP + 5MP quad rear camera which can capture amazing pictures. It also has a 32MP front camera that would be enjoyed by the users when they click selfie pictures.
Battery and Storage
The battery of the device is provided with a Li-ion cell having a huge capacity of 6,000mAh. It can provide a long-time power backup with a single time charging and hence it can be suitable for a number of users.
The storage of the smartphone holds a 128GB internal memory that can keep a lot of files and data of the users. It also has an expandable memory slot that supports up to 512GB with the help fo a microSD card.
Configuration and Connectivity
The Samsung Galaxy M31s is equipped with Exynos 9611 chipset, which is coupled with Mali G72-MP3 GPU and 6GB RAM. There is an octa-core processor that clocks up to 2.3GHz speed. Overall, it offers great performance while gaming and other high-end usages.
In terms of connectivity, the device is provided with 4G VoLTE, Wi-Fi 802.11, b/g/n, Mobile Hotspot, Bluetooth, GPS with A-GPS, USB Type-C, etc.